Skip to Main Content
It looks like you're using Internet Explorer 11 or older. This website works best with modern browsers such as the latest versions of Chrome, Firefox, Safari, and Edge. If you continue with this browser, you may see unexpected results.

This text is taken directly from the MLA Handbook (Section 3.6.1).

Whenever you cite the title of a published work in your research paper, take the title from the title page, not, for example, from the cover or from a running head at the top of a page. Do not reproduce any unusual typographic characteristics, such as special capitalization or lowercasing of all letters. A title page may present a title designed like one of the following examples: 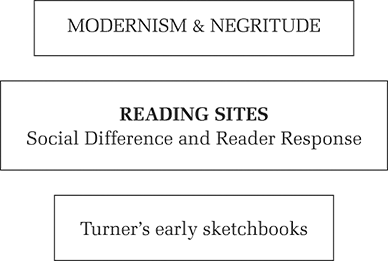 These titles should appear in a research paper as follows:

The rules for capitalizing titles are strict. In a title or a subtitle, capitalize the first word, the last word, and all principal words, including those that follow hyphens in compound terms. Therefore, capitalize the following parts of speech:

Do not capitalize the following parts of speech when they fall in the middle of a title:

Use a colon and a space to separate a title from a subtitle, unless the title ends in a question mark or an exclamation point. Include other punctuation only if it is part of the title or subtitle.

The following examples illustrate how to capitalize and punctuate a variety of titles.

The Teaching of Spanish in English-Speaking Countries

Storytelling and Mythmaking: Images from Film and Literature

The Artist as Critic

Whose Music? A Sociology of Musical Language

“What Americans Stand For”

When the first line of a poem serves as the title of the poem, reproduce the line exactly as it appears in the text.

Dickinson’s poem “I heard a Fly buzz—when I died—” contrasts the everyday and the momentous.